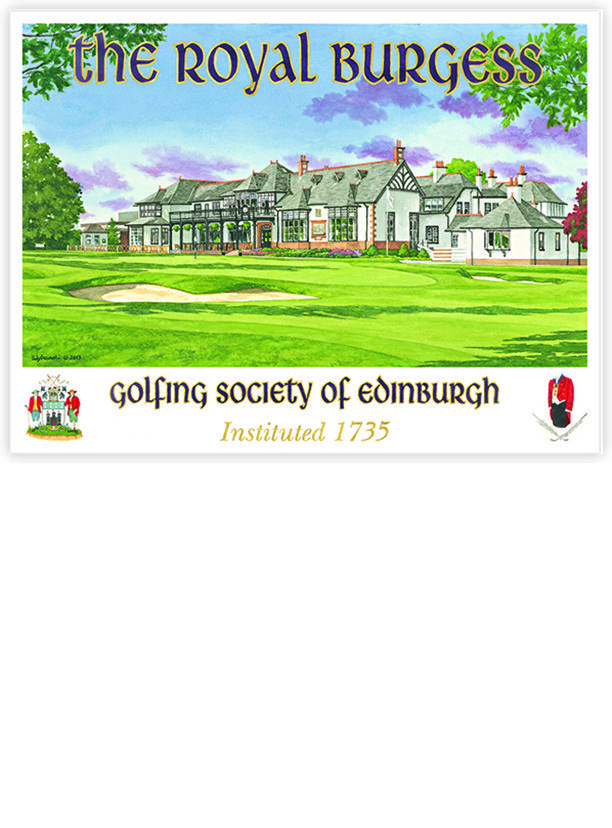 With more than 280 years of history, The Royal Burgess is widely recognized as the oldest Golf Club in the world and is one of the finest golf clubs in Scotland. Located in the beautiful Scottish capital city of Edinburgh, the original course was the work of the legendary Tom Morris and later Willie Park Jnr, in the early days, with subsequent work by James Braid, former Open champion and noted golf architect, who redesigned the course in the 1920s. Lee’s painting of The Burgess was a privately commissioned piece.