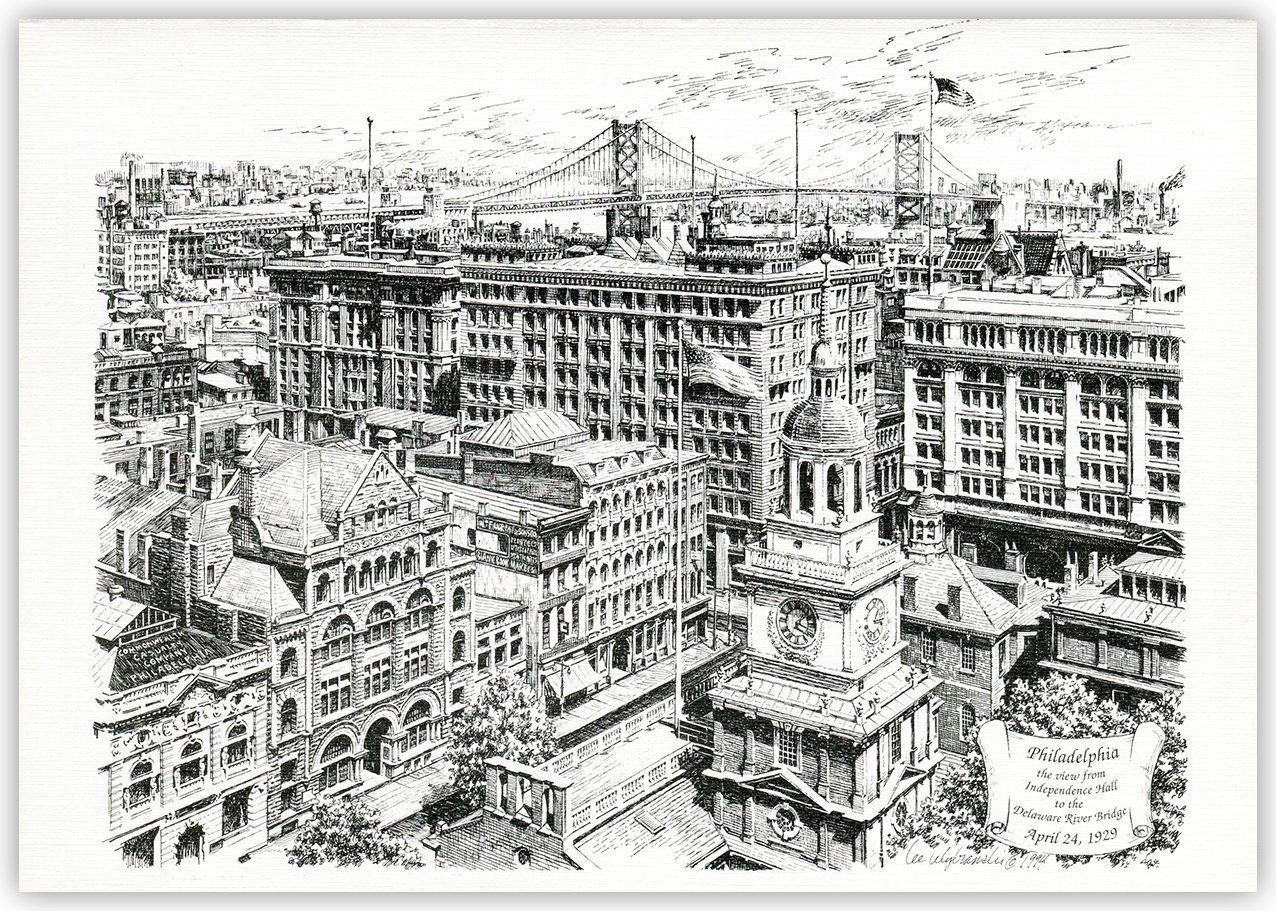 In 1995 I was a young artist seeking to take my business to another level. I wanted to create a drawing that would showcase my technical ability, and to produce reproductions to demonstrate the high quality of our printing. I loved the city of Philadelphia and thought It would make a wonderful subject for this piece but I did not want to do a view that everyone had seen before. So I went to the national historical archives and look through old photographs of Philadelphia through 150 years and came across a photograph from 1929 that became the source photo for the artwork. I thought the view was otherworldly because it included some extremely familiar elements such as Independence Hall and the Ben Franklin Bridge, but much of the cityscape in the foreground had been leveled in the decades since then and re-purposed into Independence Mall National Park. So it’s a bit of a glance through time at the city when it was a little younger.